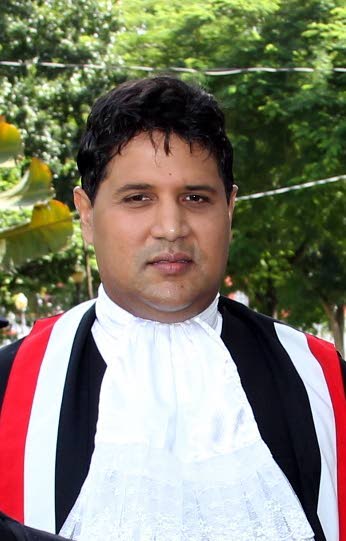 The judge must decide – Can non-payment of a court-ordered debt lead to a contempt trial?

A High Court judge will rule in July on whether civil procedure rules allow a motion for contempt of court for non-payment of a judgment debt.

The judge was asked to consider the issue in a land case in which a real estate company and a lawyer failed to honor an agreement to honor a $3.5 million debt.

In 2020, a High Court judge ruled on the landowner’s estate, saying there was evidence the property company had received money from the sale.

The case was brought by lawyers for an 85-year-old man who is the executor of his late son-in-law’s estate.

The 85-year-old’s family have asked that his father’s name be kept confidential over fears he could be targeted by criminals due to the large sum of money owed to him and the rampant crime rate in TT.

Although an agreement was reached on payment, the real estate company and the lawyer defaulted, leading to the contempt of court claim.

At a hearing on Thursday, Judge Frank Seepersad questioned whether the rules of civil procedure provide for a contempt of court action for non-payment of a debt incurred after a court order.

He said there were a myriad of enforcement procedures that could apply, and contempt generally only applies when a party breaches a court order to do something or to restrain something. .

In response to the request, attorney Christlyn Moore, who represents the companies and Boynes, agreed.

“I felt there was a range of enforcement options that were available,” she said, adding that while contempt of court applied in this case, the procedure for make the request had not been followed.

“Even the most basic hurdle of contempt has not been cleared,” Moore said.

Seepersad asked for comments on the matter and said it would issue its decision on July 27.

The judge also asked Moore where his clients stand on debt enforcement, as “court orders should not be dismissed or ignored.

“The rule of law depends on the parties respecting court orders,” he added.