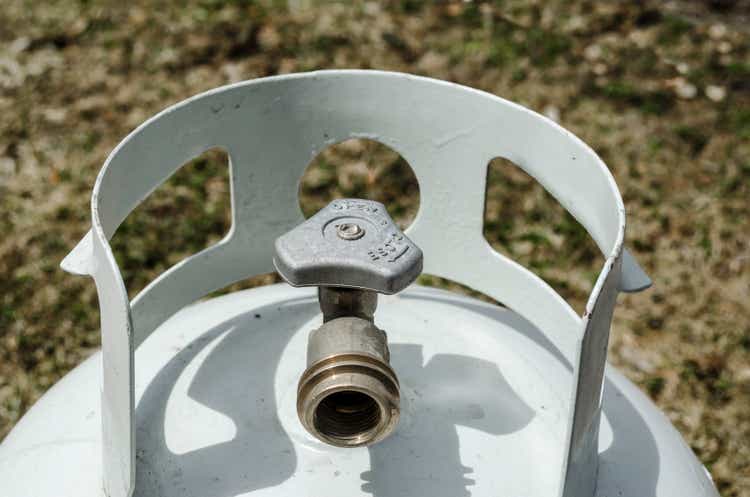 Not long ago I was writing an article on Suburban Propane Partners LP (NYSE: SPH), commenting that it was a great place to ride out market volatility. I want to revise the thesis, because the company recently released FYQ3/2022 results.

Suburban has seen year-over-year growth in revenue and operating income, while paying down debt. Despite the volatility in commodity prices, gross margin in dollars actually increased year over year. More importantly, the company was able to repay $43 million in debt and maintained its quarterly distribution of $0.325. I’m comfortable sticking to my thesis that investors are buying shares of Suburban Propane to ride out market volatility.

Quarterly results were fairly quiet, with Suburban reporting revenue of $300 million, 26% higher than the same quarter last year. Gross margin was 53%, down from 65% a year ago, although dollar gross margin increased from $155 million to $159 million.

Commenting on volumes and pricing, management noted that:

Retail propane gallons sold in the third quarter of Fiscal 2022, or 75.5 million gallons, decreased 1.6% from the prior year, primarily due to the negative impact of historically high commodity prices on customer buying habits and demand, partially offset by cooler spring temperatures which contributed to higher heat-related demand in some markets.

However, average propane prices were up 44% year-over-year, which more than offset lower volumes.

It was heartening to see that despite a year-over-year price spike, volume was only slightly down. In addition, gross margin $ was maintained, demonstrating management’s ability to manage commodity price volatility.

One of the key risks I highlighted in my previous article was Suburban’s high leverage, with $1.1 billion in long-term debt. To management’s credit, they appear to be actively reducing debt, having repaid $43 million in the third quarter. Due to debt repayment and increased EBITDA, Suburban’s Consolidated Leverage Ratio (“CLR”) ended the quarter at 3.64x, a significant improvement from 3.87x in the prior quarter. . Note that the key covenant for Suburban is CLR

Suburban also maintained its quarterly distribution at $0.325 per unit, or $1.30 annualized. With a YTD tax CFO of $171 million or $2.70 per share, this distribution also looks well covered. Note, however, that the CFO year-to-date is down 5.4% YoY, so it’s worth watching.

Finally, Suburban provided commentary on the nascent renewable energy platform in the commentary and on the earnings call.

In May, we announced a collaboration agreement with Iwatani Corporation of America, a wholly owned subsidiary of Iwatani Corporation to [indiscernible] largest propane distributor and only fully integrated hydrogen supplier. We will work together to help accelerate the adoption of propane plus RDMA, both here in the United States and in Japan, and to explore opportunities to advance investments in hydrogen infrastructure in the United States.

In June, we announced a new investment through our suburban renewables platform with an agreement reached with [AderonDac Farms, a family-owned dairy farm in upstate New York to construct, own and operate an [indiscernible] digestion system for the production of renewable natural gas from dairy cow manure. These strategic initiatives follow our $30 million investment for a 25% stake in Independence Hydrogen, which was announced late in the second quarter. Independent Hydrogen continues to make great strides in executing its business towards creating a hydrogen ecosystem.

While the news of the collaboration with Iwatani Corporation (OTCPK:IWTNF) was already known, the renewable natural gas agreement with Adirondack Farms is new and interesting.

Renewable natural gas (“GNR”) is pipeline-grade natural gas that is made from the breakdown of biomaterials such as landfills, livestock, and waste treatment plants. It was all the rage a few years ago as an alternative fuel, and many governments have warrants that a certain percentage of their natural gas consumption must come from renewable sources. In the Canadian province of Quebec it is 5% by 2025/26 and 10% by 2030, while in California it is 12.8% for RNG biogas by 2030.

While there is certainly a lot of hype in the literature surrounding RNG, its promise of reducing greenhouse gases without having to replace existing natural gas infrastructure is enticing. A 2018 presentation by SoCal Gas, based on a 2016 study by the Department of Energy, estimates that the United States has enough biomass to produce 1 Tcf of RNG (Figure 1). So it’s potentially a huge opportunity.

While the early days, investors should pay attention to see how this renewable energy business develops in the coming quarters/years.

In summary, Suburban certainly delivered my stability thesis over the past quarter. While propane prices were volatile, Suburban was able to manage its margins and saw a year-over-year increase in revenue and operating profit. More importantly, the company was able to repay $43 million in debt and maintained its quarterly distribution of $0.325. I am comfortable recommending that investors buy shares of Suburban Propane as a hedge against market volatility.

What are Indian Government Treasury Bonds? Are they a good investment for you?