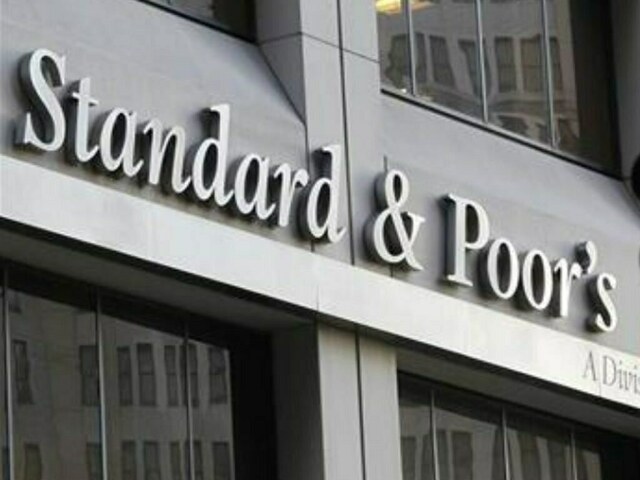 WASHINGTON: S&P Global Ratings downgraded Ukraine’s long-term debt rating on Saturday, hours after a similar move by Fitch, with both citing the impact of the ongoing Russian invasion.

S&P downgraded its rating from B to B-, with a negative outlook, noting potential disruptions in key sectors such as agricultural exports and the country’s gas pipeline network.

“Russia’s decision to launch a military attack on the country adds significant downside risks to its economic outlook, putting debt servicing at risk,” the ratings agency said in a statement.

Russian President Vladimir Putin on Thursday unleashed a full-scale invasion of Ukraine that has so far killed dozens, forced more than 50,000 to flee in just 48 hours and sparked fears of a new Cold War in Europe.

Fitch on Friday downgraded Ukraine’s public debt rating to “CCC” from “B”, saying the invasion had created a “serious negative shock”.

“Russia’s military invasion has resulted in heightened risks to Ukraine’s external and public finances, macro-financial stability and political stability,” Fitch said, noting “great uncertainty” over the duration of the conflict. .

Moody’s also warned it could downgrade Ukraine and Russia’s debt ratings during the war.

“These events represent a further significant elevation in geopolitical risks that Moody’s previously highlighted, which comes with additional and tougher sanctions against Russia, including potentially those that could impact sovereign debt repayments.” , said this agency.

In justifying his demotion, Fitch said that “there is great uncertainty about the scope of Russia’s ultimate goals, the duration, scale and intensity of the conflict, and its consequences.”

“The shock to domestic confidence is expected to have a severe impact on economic activity and the currency, fueling inflationary pressures and macroeconomic volatility,” Fitch added. “Public finances would be further affected by an increase in military spending, and the ability to refinance domestic debt would be severely limited.”

Separately, on Friday, the IMF said Kiev had requested “emergency financing” from the Washington-based crisis lender on top of its existing $2.2 billion aid package.

Puerto Rico, faced with a historic opportunity after channeling its massive debt