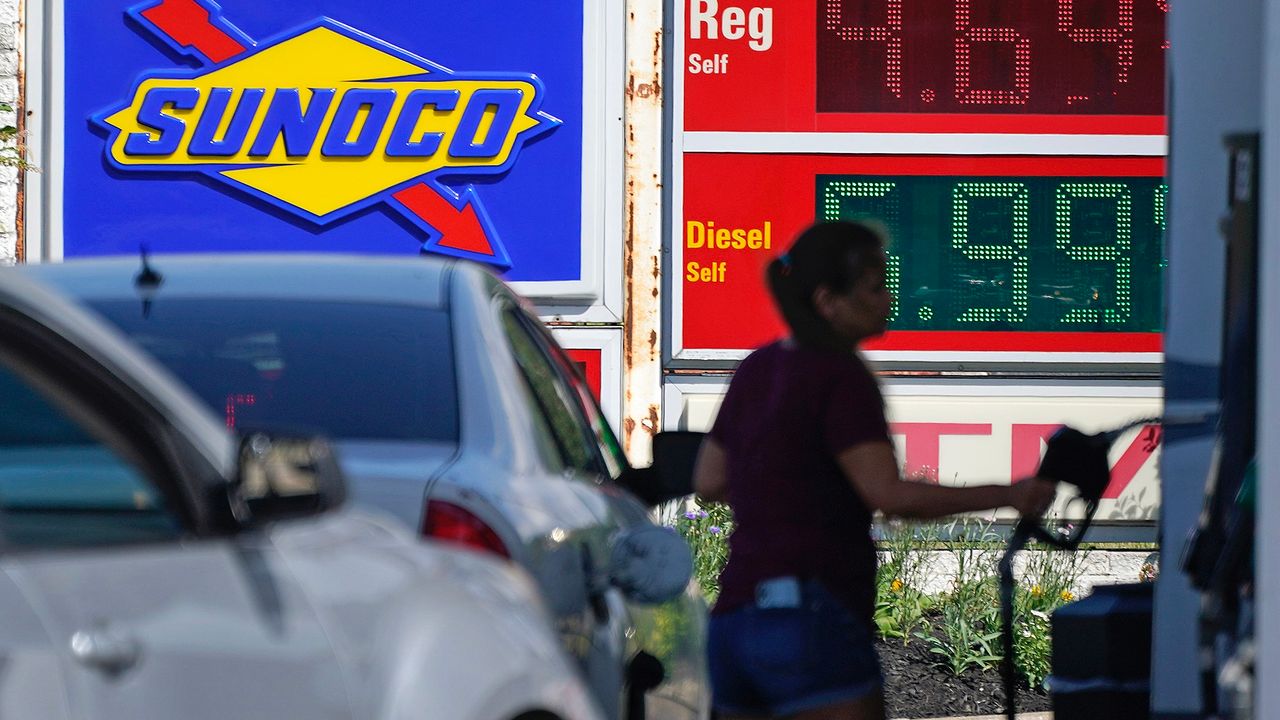 According to the US Bureau of Labor Statistics, real wages fell 3.1% between June 2021 and June 2022. In the month of June alone, real average weekly earnings fell 1%. More recent figures from the Wall Street Journal put the fall in real wages at 4.4%.

The devastating impact of inflation on the working class is demonstrated by the collapse of the purchasing power of the federal minimum wage. Frozen at $7.25 an hour since 2009, it is at its lowest value in 66 years. The 13-year minimum wage freeze, imposed by Democratic and Republican administrations, is the longest period without a raise since it was put in place in 1938 under the Roosevelt administration.

Soaring inflation is part of a class policy to make working people pay for the criminal and incompetent ruling class response to the pandemic, including the vast bailouts of banks and financial institutions to the tune of trillions of dollars. . At the same time, while health care and vital public services are underfunded, the government has lavished massive sums on the war machine. Military spending under the Democratic Biden administration is now at record highs.

The result has been that as workers pay more, consumption falls. For example, while gasoline prices have increased by 60%, the total dollar amount spent on gasoline has only increased by 50%, which means that workers are forced to reduce their trips and displacements.

The Biden administration has turned to unions to help quell the growing wave of strikes by workers to fight the devastating assault on wages. Biden, who calls his administration the most “pro-union” in history, sees the labor bureaucracy as a vital instrument to disorganize and betray workers’ struggles.

Despite claims by the US Federal Reserve of a “wage price spiral”, wage increases are on average well below the rate of inflation. Through March, wage increases for union members were up 3.5% year-on-year, less than half the official inflation rate. This compares to 4.9% for unorganized workers, demonstrating the role of unions in reducing workers’ living standards.

During this period, the unions betrayed a series of major strikes, including at Volvo Trucks, John Deere, Kellogg’s and Nabisco, to name a few. Salary increases averaged between 2 and 4%.

The role of the unions was again made clear by their support last week for the Biden administration’s intervention to block a rail workers’ strike by convening an emergency Presidential Council. Workers, facing conditions some describe as “hell on earth”, voted earlier by a 99.5% margin for strike authorization.

In recent days, the United Auto Workers have blocked struggles at Ventra, an auto parts maker in Evarts, Michigan, and forced a sell-out deal on low-wage contract workers at GM Subsystems.

Soaring prices and shortages of fuel, food and other basic necessities have led to the outbreak of struggles around the world. Mass protests and strikes by workers in Sri Lanka forced the resignation of President Gotabhaya, who fled the country. In Britain, railway workers carried out a series of national strikes last month. However, in each case, the unions have sought to limit these struggles to protest actions aimed simply at dissipating workers’ anger.

The suppression of wages by the unions has gone hand in hand with the unloading of increased costs onto the shoulders of workers. A report in the New York Times details how, over the past decade, families have been “bled” by rising rents, health insurance premiums, drug costs, student loans and child care. According to Time“Family premiums for employer-sponsored health insurance jumped 47% between 2011 and 2021, and deductibles and out-of-pocket payments increased nearly 70%. The average price of brand-name drugs on Medicare Part D has increased by 236% between 2009 and 2018. Between 1980 and 2018, the average cost of an undergraduate education increased by 169%.

To further undermine the class struggle, the US Federal Reserve is raising interest rates sharply to drive up unemployment. Another 0.75 to 1% increase in the federal key rate is expected when Fed governors meet later this month following a 0.75% hike in June.

While the inflationary crisis was triggered by years of bank bailouts and money printing aimed at enriching the financial oligarchy, the ruling class seeks to solve the crisis it caused by throwing millions of workers out of work. in order to force workers to accept even lower wages. .

Higher interest rates will mean higher mortgage costs as well as higher interest payments on credit cards, student debt and auto loans. Due to rate increases, the biggest in more than 30 years, a recession is seen as very likely, with millions of workers facing the loss of their jobs, their only lifeline.

To counter the policy of the financial oligarchy, the working class must wage a no less determined struggle to defend its social interests. The fundamental principle should be that the working class is not responsible for the current crisis and should not pay the price.

To carry out their struggles, workers need organizations independent of pro-corporate unions and capitalist political parties. With the help of the World Socialist Website and the Socialist Equality Parties, workers began to form rank-and-file committees to defend their jobs and standard of living. A vast expansion of the International Workers Alliance of Rank-and-File Committees is needed.

These committees, bringing together ever-broader sections of workers, unionized and non-unionized, as well as pensioners and other sections of the population in difficulty, should fight for a substantial increase in real wages and the indexation of all wages and benefits to the rising cost of living. as well as fully funded healthcare and pensions. Workers must demand an end to endless overtime and unsafe conditions, including protection from COVID-19 and the right to stop production if conditions are unsafe.

Meeting these demands requires capturing the ill-gotten wealth of the world’s billionaires and a fundamental shift in social priorities. The capitalist war machine must be dismantled and the funds used to meet pressing social needs such as education, the eradication of hunger, homelessness and the dire threat posed by climate change.

Banks and other major industries, oil companies, health care conglomerates, airlines, utilities and basic industries must be placed under public ownership, democratically run by the working class for the benefit of society as a whole, and not for private profit.

Above all, the struggle for this program requires the building of an international socialist leadership in the working class, the International Committee of the Fourth International.

Guanajuato Silver: GSilver on Track to Close US$15.3 Million Debt and Equity Financing