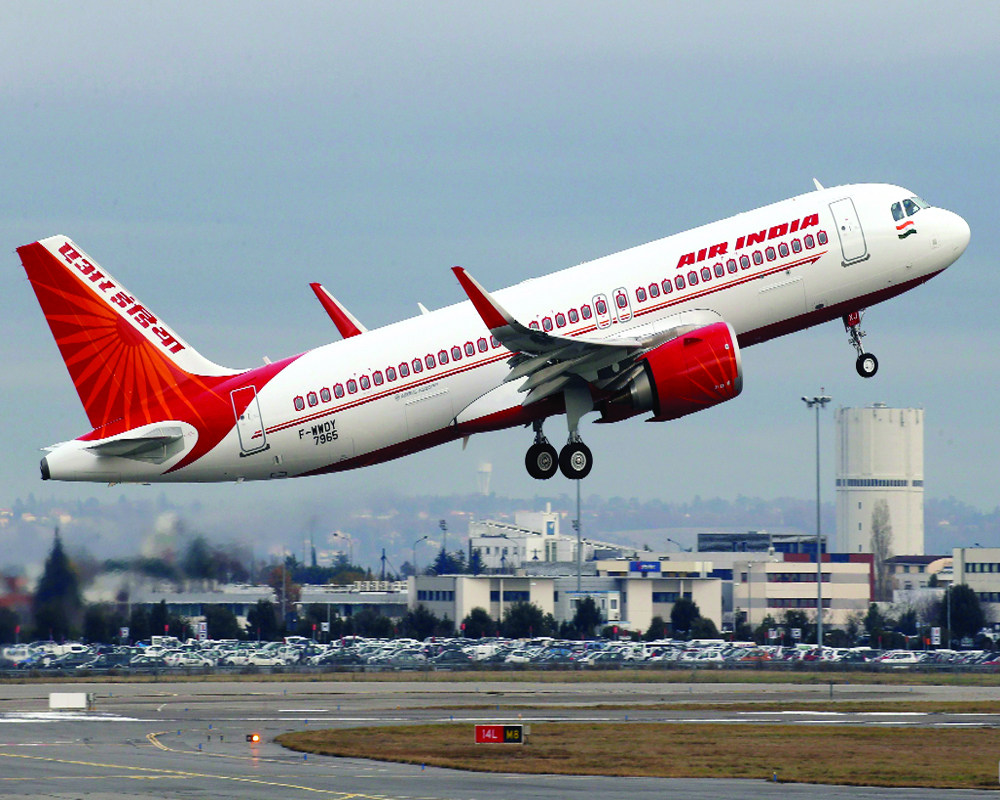 What is the cost of the national carrier agreement for the public purse, is the real question?

Tons of writings have attempted to understand the advaita of divestment as an instrument of economic policy. Over the past three decades, we are told that divestment is a strategic weapon that governments are deploying across the world to reduce the burdens on the treasury and realize the benefits for the greater public good. Everything that falls under government, except the government itself, is approached with suspicion, whether it is infrastructure, services, education or even health. Most vocal and otherwise thinking spirits ate the fruit of Eden and began to perceive Satan in every public sector employee. A new breed of intellectuals have made careers with well-oiled arguments defending the philosophy of divestment and joined in a chorus of “business is not the business of governments”.

The Modi-waiver divestment policy has reached its peak. Prime Minister Narendra Modi’s speech credited divestment with an astonishing ability to solve governance problems. Given the way things are going in India right now, it only goes to show that even this government has to bow down to the demigods of the market. Whatever you call it, the ultimate goal of prescribed policy is to benefit private capital at the expense of the nation’s wealth. There are two examples before the country whose justification cannot be defended even by Adi Sankara, the demigod of advaita philosophy. Consider these two examples.

Vodafone Idea, the third largest cellular network in India, is reeling from Rs. 1.95 lakh crore debt burden, including Rs. 16,000 crore in interest payable to the Indian government. Vodafone offered to allocate 35 percent of the shares to the government instead of charging interest. The central government is happy to do so. This too happened when one of the country’s monopoly capitalist groups, Mahindra, said it could not fix Vodafone’s financial situation and pulled out of the joint venture.

The second case in question is the sale of Air India. As is now clear, the Tata-launched company paid cash Rs. 2,700 crores to acquire full ownership of the country’s first airline, Air India. The reserve price set for this sale is a mere Rs. 12,906 crores for a company that owned 112 wide-wing aircraft, 24 narrow-wing aircraft, 4,400 domestic flights and 1,800 international flights and parking slots at various airports. of the country and abroad. The central government wanted us to believe that only seven companies thought of participating in the tender, five of which were disqualified for technical reasons. Only Tata’s business development team was able to capture the imagination of policy makers and emerge as the winning bidder. For this reason and several others, the sale of Air India is filled with an air of suspicion. Based on the government’s written response to Parliament on July 21, we have to believe that through this sale, the government realized the full cost of this sale process. What is the cost of this agreement to the nation’s treasury is the question.

After this sale, almost all journalists commented that the prodigal son finally returned home. This is to remind readers that Air India was originally owned by JRD Tata and later nationalized into independent India. What is missing from this narrative is the fact that the Nehru government only nationalized Air India after paying compensation to the promoters.

There are enough clues available in the public domain that the central government, since 2018, has systematically relaxed and revised the terms of sale according to the interests of a selected bidder. Under whose aegis these relaxations were granted is the central question to which the nation deserves transparent answers. Even before the start of the sales process, while setting the eligibility criteria, the committee of secretaries felt, as Business Standard reports, that the government should not insist on the negative net worth of bidders, if they are already in the airline industry. It should be recalled that, including Vistara, owned by Tatas, the net worth of all airlines showed only negative growth. In 2018, Air India’s outstanding debt was Rs. 33,392 crore. Amazingly, within a year and a half, the outstanding debt rose to Rs. 61,562 crores by August 2021. This means that Air India’s accumulated debt for about 68 years was only of Rs. 33,392 crore and in just two years, he has accrued an additional debt of Rs. 28,170 crore. This single point alone proves who is the best manager of public assets.

What the nation is being told is that once the sale is made, the government will realize a handsome amount which will be useful in clearing debts, if not outright profit from the sale.

As of the date of sale, the outstanding debt stood at Rs. 61,562 crore by August 2021. government simply launched an Air India Asset Holding company and transferred 50% of Air India’s consolidated debt to this holding company. This simply reduced the amount to be realized from the deed of sale to half the actual amount.

When the sale process was initially designed, it was decided by the Cabinet Committee on Economic Affairs that the government would retain a 26% stake in the company and only 74% would be offered for sale. It was also decided that the successful bidder should take over 70% of Air India’s debt. Stating that no bidders had expressed interest, the government amended the terms of sale. First, the government implemented a 100% share sale. Second, it left discretion to the bidder to choose how much he would take on the debt amount. After awarding these two key concessions, qualified bidders were invited to present their financial plan. And also, the government got the parliamentary green light to spend Rs. 62,057 crores to settle all arrears and debts of Air India. This means that the share in play has increased by 25%, but the supply cost remains the same.

This brings us full circle. First, the government cut the cost of the bid in half, imposing a charge of around Rs, 30,000 crores on the public purse. On the other hand, instead of reimbursing the unpaid dues from the sale proceeds, the government erased all the dues by spending Rs. 62057 crores from the exchequer. If we add the two, to offload Air India to Tata, the government had holes in its pockets to the tune of a staggering Rs. 92000 crore. The story does not end there. The Tata secured a commitment from the consortium of public sector banks for a loan of around Rs. 33,000 crores at the interest rate of only 4-5%. This is to remind us that Air India has until now been paying an interest rate of 9% on its unpaid debts. But public sector banks are willing to lend at half the service fee they charge the public sector company. Thus, the series of concessions offered to the successful bidder is nothing less than a scam that must be thoroughly and impartially scrutinized by nothing less than a Joint Parliamentary Committee.

(The author is a freelance writer, former member of the Central Working Committee, All India Agricultural Workers Union. Opinions expressed are personal.)