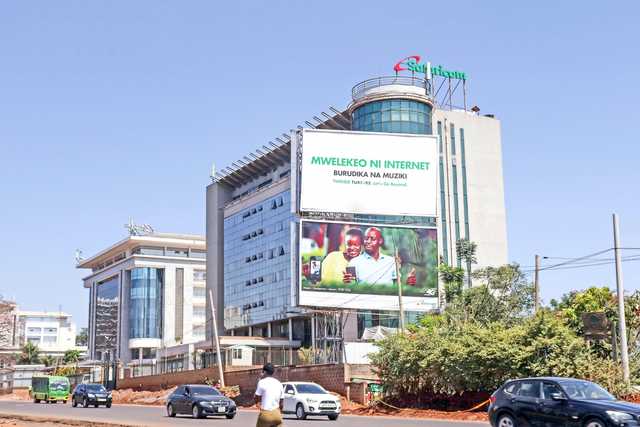 Safaricom, Kenya’s largest telecommunications company, is seeking to raise up to $2 billion from local banks and development finance institutions (DFIs) over five years to fund its Ethiopian subsidiary, which is set to start operations business in the next seven months.

So far, the telephone company, which is listed on the Nairobi Stock Exchange, has invested $540 million in Ethiopia, including a license payment of $470 million.

Part of the proposed financing will also be collected internally and via lease financing from equipment vendors.

“We managed to get short-term installations. We are also in talks with local banks for a medium to long-term facility, of which we are in very advanced stages of negotiation,” the telecoms operator’s chief financial officer, Dilip Pal, told reporters in Nairobi. last week.

“You will also recall that when the Tigray crisis broke out in Ethiopia, our discussions with the International Finance Corporation also stalled, but those discussions have now resumed and we are progressing very well.”

Safaricom, through a consortium – Global Partnership for Ethiopia (GPE) – obtained a license from the Ethiopian government on July 6, 2021 to provide telecommunications services in the country.

“Overall, the entity is well funded and the consortium is committed to ensuring that there are sufficient resources to carry out the activities they have planned.”

Last year, the telco set up a one-year, $400 million transition facility to support the payment of license fees for the telecommunications license.

The bridge facility was later converted into a five-year $120 million long-term facility and a seven-year $280 million facility with a two-year moratorium on principal repayment.

The new facility was complemented by a syndication process involving local and international banks.

“Our goal for FY23 is to accelerate new areas of growth by developing scalable businesses in these areas. Safaricom Ethiopia is preparing to launch operations. In line with our expectations, the OpCo (Ethiopian subsidiary) requires investments important in the early years of operation before becoming profitable,” said Peter Ndegwa, CEO of Safaricom.

Safaricom’s net profit for the year ended March 31 fell 1.71% to Ksh67.49 billion ($581.81 million). This was largely due to an increase in operating expenses and funding costs for guaranteed loans to finance capital expenditure of Ksh 10.5 billion ($90.51 million) in Ethiopia, the second largest country. the most populous and fastest growing in Africa.

Lily: Safaricom posts a slight drop in profit to $581 million

Safaricom, which has over 42 million customers in Kenya, has however recovered from the effects of Covid-19 with its major revenue streams charting a positive trajectory.