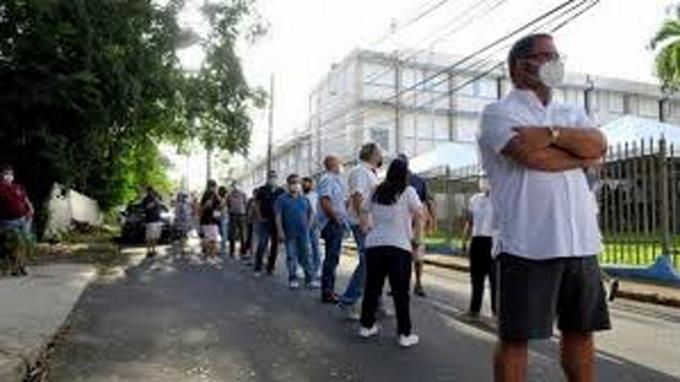 Puerto Rico, faced with a historic opportunity after channeling its massive debt

Puerto Rico faces a historic opportunity to put its finances in order and give a boost to its struggling economy, after approving a plan that cancels nearly 80% of the central government’s debt, which during years has hampered the growth of the island.

The settlement, approved in January by U.S. federal judge Laura Taylor, reverses billions of dollars in payments to creditors and marks the largest debt restructuring in the history of the U.S. municipal bond market.

Puerto Rican Governor Pedro Pierluisi has always insisted that the Debt Adjustment Plan (PAD) is “essential to end the bankruptcy process and return to progress”, but the street protests of the sectors affected by cuts were frequent.

The $70 billion debt was issued by more than a dozen entities, including the government, the public employee retirement system, corporations and the University of Puerto Rico.

PAD approval announcement focuses on $33 trillion central government debt reduced to $7.3 trillion after more than a third of original amount restructured in past five years.

The PAD allows debt payments to be reduced from $3.9 billion to $1.15 billion a year and for the government to pay creditors about 7 cents on every dollar it collects, instead of 25.

Puerto Rico’s Secretary of State and Executive Director of the Tax Agency and Financial Advisory Authority (FAFAA), Omar Marrero, told Efe that with the PAD, debt is significantly reduced.

“This reduction allows us to enter a sustainable level. Before the restructuring, Puerto Rico used 28% of its income to pay its debt,” he recalled.

“We now have a clearer, clearer and safer debt profile for the creditor and the market,” he stressed.

Decisive step but with nuances

José Caraballo, professor at the University of Puerto Rico (UPR) and former president of the Association of Economists, told Efe that the PAD is “a decisive step” to put an end to a situation that conditioned the departure of the island, of just over 3 million inhabitants.

“The federal judge’s approval of the debt has positives and negatives,” Caraballo said, noting that the terms of the deal may not be enough to deal with the government’s handling of public accounts.

The debt restructuring process began years with other entities before the PAD was certified.

In May 2017, the government of Puerto Rico and the Government Development Bank (GDB) signed an agreement with the creditors of this financial entity, whose debt was reduced from 5,000 to 3,000 million.

The approval of the PAD puts an end to almost five years of legal confrontations with creditors, but, above all, it will allow the island to refinance itself on the capital markets.

The process has its roots in June 2015, when then-Governor Alejandro García Padilla acknowledged that the debt was unpayable, leading to the creation of the Fiscal Oversight Council (JSF).

This entity was created to control the finances of this Commonwealth of the United States, after the approval in the United States Congress in 2016 of the law of supervision, administration and economic stability of Puerto Rico (Promise, in English).

The executive director of the Board, Natalie Jaresko, told Efe that the PAD was “the best option”, among other things because “countries can restructure their debt, but not states – in reference to the island, a American territory”. UNITED STATES-“.

“In Puerto Rico, before Promesa, there was no mechanism, no method to restructure the debt. Without her, (…) everything would have had to be paid for. It gave us a lasting form and process. However, I promise we will have to pay $33 trillion,” he said.

Jaresko also warned that “we need to change the way finances are handled” in Puerto Rico and “past mistakes cannot be made.”

The economic problems that led to the bankruptcy date back to 1996, when the United States announced the end of Section 936 of the Internal Revenue Code, a tax incentive program that allowed the entry of companies that stimulated the economy.

The end of this plan coincided with the government’s practice of resorting to debt, until it was impossible to meet creditors in 2015.

Although the executive assures that this is the only option, social sectors and public employees denounce that the plan – which, in addition to specifying how much is paid to creditors, establishes the items of state expenditure – will leave them derisory pensions.

Cuts in education and in the public university are other complaints on an island where poverty affects part of the population and where infrastructure in poor condition and abandoned buildings are visible.

The president of the Teachers Association of Puerto Rico, Víctor Bonilla, assured Efe that the PAD will permanently affect teachers’ pensions.

“The debt adjustment plan will drive teachers into poverty,” he said, after recalling that under the new scenario some teachers will lose up to $500 a month in their pensions.

Another of the sectors involved in the process are the 165,000 creditors, including funds, residents of Puerto Rico and retirees, who will have to make do with what the plan establishes.

We believe Sopra Steria Group (EPA:SOP) can manage its debt with ease