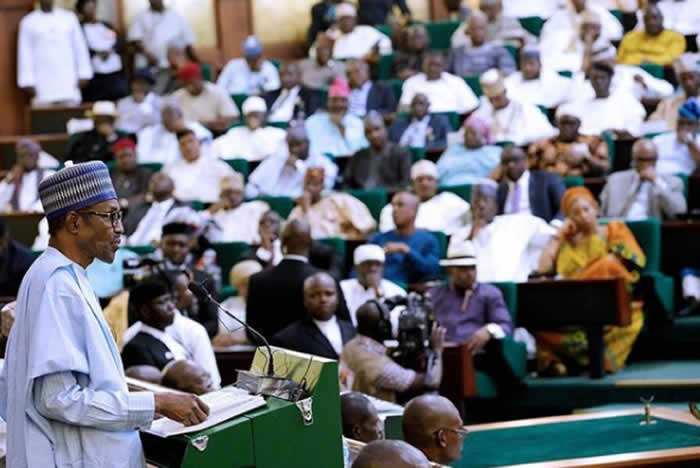 EVEN BEFORE its final form is set, Nigeria’s national budget for 2023 is set on shaky ground. Besides the built-in deficit of N10.9 trillion in the N20.51 trillion budget, fuel subsidy spending which is expected to reach N6.4 trillion or more, and the continued decline in production and prices crude oil dailies may well provide a fiscal blueprint that will be dead on arrival. To cement its irrelevance in driving development, the budget lacks capital spending and is replete with the usual junk, luxuries for the few, and repetitive carryovers from previous years.

Unfortunately, despite headwinds rocking the economy and falling incomes, the regime of President Major General Muhammadu Buhari (Retired) has failed to embrace the imperative to roll out budgets as as effective instruments of development.

Among other failures, Buhari again botched the solemn promise his regime made in 2015 to change the destructive and wasteful practice of “envelope budgeting”, whereby new sums are simply added to expenditure headings and sub-headings. previous years, in favor of budgeting based on identified needs. Nigeria is suffering the consequences.

Experts say that a government budget is the main fiscal policy instrument used to encourage stable growth, sustainable development and prosperity. It is a comprehensive document that describes the economic and related activities that a government plans to undertake, with particular emphasis on policies, objectives and strategies for achievement that are supported by projections of revenues and expenses. Over the years, Nigeria’s annual national budgets have failed to deliver progress, serving only as instruments to legitimize waste, serve and enrich the few, and indebt national and sub-national governments.

Typically, the 2023 Naira 20.51 trillion Appropriation Bill, the last under Buhari’s regime, proposes that 55.1% of revenue be spent on debt service and personnel costs. It follows a familiar pattern of prioritizing recurrent spending and debt service over capital projects. This, in turn, deprived citizens of the material benefits of budget spending.

Clearly, the regime’s dangerous reliance on borrowing is already crippling the economy. Debt servicing has consistently eaten up more than 90% of all income; it holds the largest share after the N8.27 trillion recurring non-debt allowance, which gobbles up 40.32% of the 2022 budget. This is a recipe for perpetuating poverty. In contrast, only 26.08% or 5.35 trillion naira is earmarked for capital expenditure. For a country that the government says has a $2.3 trillion infrastructure deficit, that’s too little.

The International Monetary Fund has warned that debt servicing could eat up 100% of federal government revenue by 2026 unless the government improves its revenue. The government should also heed the World Bank’s warning that it should rein in the rise in the debt service-to-revenue ratio.

The most worrying thing is the waste. Billions of naira are wasted on non-essentials. Despite the planned implementation of Steve Oronsaye’s report on restructuring and streamlining federal ministries, departments and agencies, more than 206 billion naira will be allocated to some of the agencies recommended for elimination. No less than 39 of these agencies had huge allocations mainly for personnel costs. This is unacceptable and should be reversed by the National Assembly. The executive should also accelerate the implementation of the White Paper on Civil Service Restructuring in line with current financial realities.

Although overseas travel is part of the itinerary of the President and his Deputy, the N11.92 billion allocation for local and foreign travel and the Presidential Air Fleet does not reflect the current financial situation of the President. country. Indeed, keeping 10 planes and allocating 508.71 million naira for food and refreshments for the presidency while many Nigerians are starving demonstrates a self-serving misplacement of priorities.

The budget is not just any other piece of legislation; it is at the heart of the economic function of the State by defining the priorities and political orientations of private and public actors. Buhari is too enamored with the luxury and glitz of office contrary to the false image of a spartan look he presented on hustings in 2015. As president, he does not have to undertake all the travels, nor to attend all events. Typically, amid floods ravaging 33 Nigerian states, he just flew to South Korea.

Items like computers, furniture, facility maintenance, stationery, and kitchen equipment/tools that come back every year simply allow officials to embezzle funds. About 23.57 billion naira is allocated for the purchase of new vehicles, which is 1.07 billion naira more than the 22.5 billion naira budgeted for the same purpose last year. At a time of severe income shortages, this is ruthless and reckless. Huge allowances are also made for the maintenance of vehicles, office buildings/residential quarters and generators. The Independent Corrupt Practices and Other Related Offenses Commission discovered 257 duplicate projects worth N20.13 billion in the 2021 budget.

As expected, pundits have over time been critical of the country’s fiscal trajectory. Nigeria’s economy is vulnerable with fragile growth driven solely by increased oil production and rising crude oil prices. The World Bank argues that fiscal management and broader macroeconomic policy become complicated when public financing is heavily dependent on natural resource revenues and therefore subject to large swings. This challenge is further compounded in a context of federalism, where sub-national government spending constitutes a large share of consolidated public financing and lacks a tradition of tight fiscal discipline.

The government is reckless; the National Assembly which should control it is inefficient, and its members preoccupied with personal and collective enrichment. But NASS can still exercise caution in the 2023 Appropriation Bill, reduce waste and recurring voting, and increase capital spending. The country cannot afford to continue to waste as usual; for once, federal lawmakers should be up to the task.