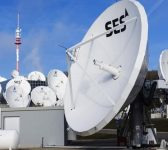 The rating agency Moody’s Investors Service has given a “negative outlook” to certain debts of the satellite operator SES.

Moody’s overall rating is Baa2 from SES SA and SES Global Americas Holdings GP. Moody’s says the outlook for both entities remains negative. “The confirmation of the ratings reflects the company’s slower reduction in revenue, our expectation that the company will return to positive growth from 2023, as well as the potential for reduced leverage once the company will receive C-band product in 2024,” says Ernesto Bisagno. , Senior Credit Officer of Moody’s and Principal Analyst for SES.

“However, the negative outlook reflects the challenging market conditions that continue to put pressure on the video segment, and the company’s weak credit metrics for the rating,” Bisagno added.

However, it’s not all bad news. Moody’s adds as justification that:

(1) the expected improvement in the company’s operational performance over 2022-23;
(2) its strong position as a world leader in the satellite communications services market;
(3) the strategic fit and revenue contribution of the O3b satellite constellation (Medium Earth Orbit [MEO]) to the fleet of geosynchronous (GEO) satellites of SES;
(4) its strong profitability;
(5) its balanced financial policy, with a commitment to maintain its published net debt/EBITDA below 3.3x;
(6) the expectation that SES will be able to monetize its C-band spectrum by 2024; and (7) the moderate level of support for SES by the Luxembourg government.

The downside of Moody’s report lists the challenges for SES, saying:

(1) difficult market conditions for EMEA satellite operators which have resulted in a sustained decline in the company’s revenues and EBITDA since 2015;
(2) the company’s stretched credit metrics for its rating category due to its relatively high gross leverage;
(3) the continued contraction of revenues from its video segment; and
(4) its negative free cash flow (FCF) in 2022 due to its investments in the new O3b mPOWER fleet. The Luxembourg government, directly and indirectly through its wholly-owned public banks, Banque et Caisse d’Epargne de l’Etat and Société Nationale de Crédit et d’Investissement, holds an overall stake in SES d’ approximately 20% (including collective interests in escrow receipts).

Moody’s expects SES’s revenue to be broadly flat in 2022, in line with the midpoint of the company’s guidance. The rating agency expects SES to generate lower revenue from its video business, offset by an increase in network and government business, as the latter may see increased revenue due to the current geopolitical uncertainties. Despite stable revenues, Moody’s expects EBITDA to decline in the low single-digit range, due to higher operating costs, primarily related to new satellite launches. From 2023, there is potential for a return to organic growth, driven by the contribution of the eleven O3b mPOWER satellites (nine to be launched in 2022).

“Due to high capital expenditure of €950 million and, to a lesser extent, increased dividends (+20% in 2022), SES’s Moody’s Adjusted FCF will turn negative in 2022 and is expected to strengthen significantly in 2023, driven by reduced capital expenditure and stronger earnings SES’s gross debt will remain stable in 2022 because the company has sufficient cash to cover its financing needs, and will decrease slightly in 2023 as the business would have sufficient flexibility to partially repay the $750 million due in May 2023. As a result, SES’s Moody’s Adjusted Debt/EBITDA would remain at around 4x in 2022 and is expected to decline towards 3.5x in 2023,” says Moody’s.