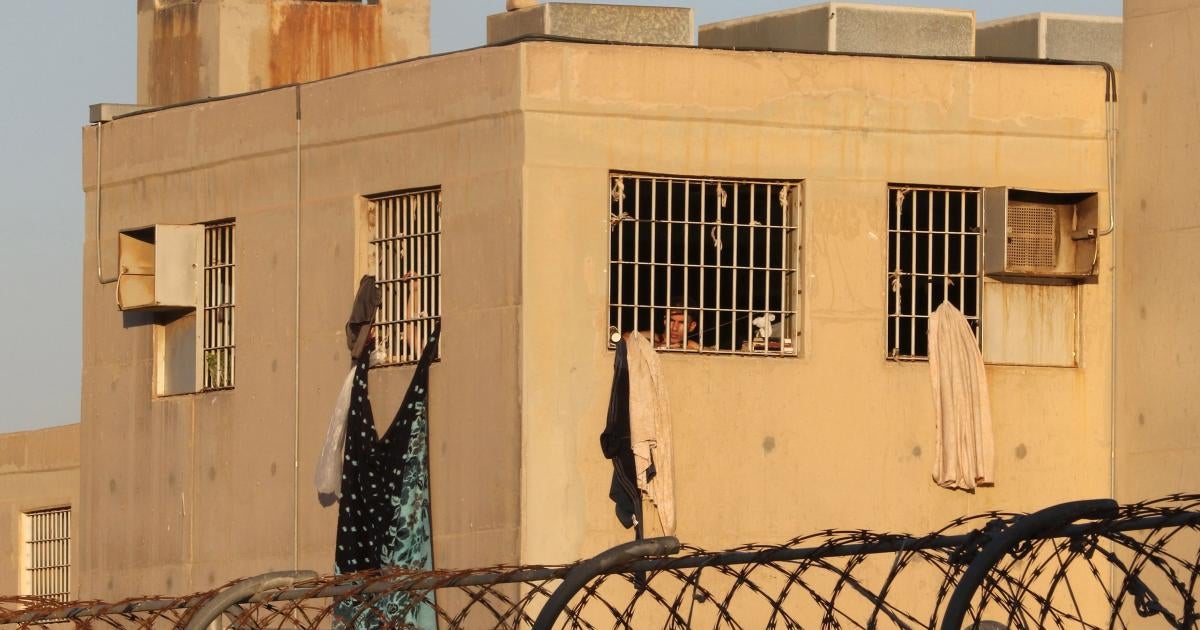 (Amman) – Jordan should commit to fully ending debt imprisonment before the current moratorium expires in June 2022, Human Rights Watch said today. Parliament passed amendments to the main law that makes imprisonment for debt mandatory in Jordan. Although the amendments are an improvement, they do not end debt imprisonment, which is prohibited under international law.

Jordan is one of the few countries in the world that still allows people to be imprisoned for debt. As of April 1, at least 148,000 people were wanted to serve prison sentences for unpaid debts, according to the Department of Justice. Human Rights Watch has documented how, in the absence of an adequate social safety net, tens of thousands of Jordanians took out loans to cover their basic needs only to end up in jail or wanted for default.

“By allowing imprisonment for debt, Jordan puts tens of thousands of people at risk of being sent to prison not for any crime, but for taking out loans to cover essentials like rent, food or medical care,” said Sara Kayyali, senior Middle East researcher. at Human Rights Watch. “Jordan should end imprisonment for debt without delay.”

The outbreak of the coronavirus pandemic has exacerbated the economic and socio-political challenges facing Jordan. On March 28, 2021, in response to pressure to end debt imprisonment, Prime Minister Bisher Khasawneh declared a moratorium on arresting people solely for non-payment of debts. the end of moratorium in June.

Several legislative instruments can lead to prison sentences for debt, among which the penal code and the law of execution. In a positive move, on April 26, the House of Representatives approved an amendment to the penal code that struck down imprisonment for bad checks, which will take effect three years after it was passed.

In October 2021, the Ministry of Justice submitted a draft amendment to the so-called Enforcement Act, the main piece of legislation that imposes a prison sentence for non-payment of debts. On April 28, the Jordanian House of Representatives approved the proposal Amended Enforcement Act 2021.

The Amended Enforcement Bill prohibits imprisonment for debt for any amount less than JD5,000 ($7,052) and caps the term of imprisonment at 60 days per debt, not to exceed 120 days at total. It also sets out the conditions under which imprisonment for debt is not permitted, including if the person is bankrupt or insolvent, or has sufficient funds to repay debt that authorities can confiscate.

If due process issues are resolved, so that authorities do not arbitrarily seize these funds, this can be a positive development. The law also recognizes the dangers that imprisonment for debt poses to families, for example prohibiting sending both members of a married couple to prison at the same time.

While the proposed changes are a significant improvement and reflect a better balance in the fight against debt default, they do not unconditionally end debt imprisonment. Imprisonment for debt is a flagrant violation of international human rights obligations, and Jordan should immediately end this practice, Human Rights Watch said.

Under Article 11 of the International Covenant on Civil and Political Rights (ICCPR), which Jordan has ratified and published in Official Gazette“No one may be imprisoned for the sole reason that he is unable to fulfill a contractual obligation”, which includes the prohibition of the deprivation of personal liberty either by a creditor or by the State for default payment of a debt.

The issue of imprisonment for debt has been particularly controversial for the Jordanian public. Creditors and their lawyers say that without the threat of imprisonment, there would be no way to recover the loans. Human Rights Watch research in Jordan shows, on the contrary, that imprisonment for debt is one of the least effective ways to collect debts, especially from an indigent person. Instead, imprisonment for debt contributes to endless cycles of debt and prevents the person from earning an income or finding ways to repay the debt.

Most countries have abolished imprisonment for debt, not only because it violates international human rights law, but also because it does not facilitate debt repayment. Instead, countries have put in place personal insolvency and bankruptcy laws that provide alternatives to detention and have measured plans in place for loan repayment.

Jordan should completely end debt imprisonment and ensure that rights-respecting alternatives are available. The Senate should return the enforcement bill to the House of Representatives and ask lawmakers to pass new amendments to abolish debt imprisonment altogether.

Donors and international financial institutions, such as the World Bank and the European Bank for Reconstruction and Development, should help Jordan end debt imprisonment. They should ensure that the institutions they publicly fund commit to not seeking to send people who are unable to repay their loans to prison and to reassess their practices to ensure that this commitment is met.

“Instead of this piecemeal approach that serves no one, the government has an opportunity to put things right by abolishing debt imprisonment altogether and fully embracing proven alternatives,” Kayyali said.

Is Plastiblends India (NSE:PLASTIBLEN) using too much debt?

The judge must decide – Can non-payment of a court-ordered debt lead to a contempt trial?