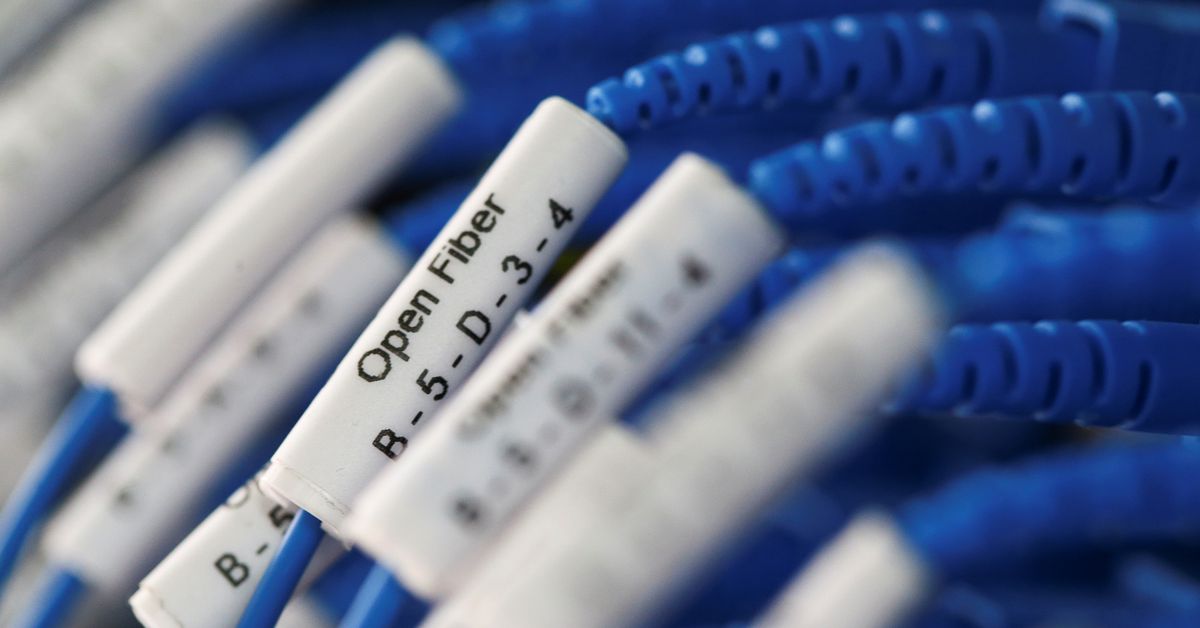 Italy’s Plan B telecommunications network will be an obstacle course

MILAN, May 30 (Reuters Breakingviews) – KKR (KKR.N) could receive a consolation prize after its failed takeover of Telecom Italia (TLIT.MI). Italy’s €6 billion incumbent telecommunications operator on Sunday took a formal step towards merging its broadband network – which counts the US takeover giant as an investor – with state-controlled rival Open Fiber. Still, any deal will have to win over shareholders, bondholders and regulators.

KKR had hoped to privatize the incumbent Italian operator before planning a separation from its fixed network and organizing a possible marriage with Open Fiber. But opposition from Telecom Italia shareholders, including French media company Vivendi (VIV.PA), forced KKR to abandon its €10.8 billion takeover last month.

The network merger offers a second chance to unlock value for KKR, which owns 37.5% of the Telecom Italia unit that operates its “last mile” broadband connections. A marriage with Open Fiber would eliminate wholesale competition and eliminate unnecessary duplication of investment in road digging and cable laying.

However, both parties must first agree on a price. It’s not simple: the infrastructure investor Macquarie bought 40% of Open Fiber last year for a valuation of more than 7 billion euros debt included, even though the activity generated a lower EBITDA to 100 million euros in 2020. Telecom Italia’s network, which generates around 2 billion euros in annual EBITDA, could be worth 19 billion euros including debt, according to analysts.

Ownership is also an issue. Italian public investor Cassa Depositi e Prestiti (CDP), which owns 60% of Open Fiber, wants to control the combined entity. Italy’s competition regulator will also not approve a merger if Telecom Italia remains in control. This implies that any deal will require a transfer of money from taxpayers to the private sector incumbent.

An alternative would be for Telecom Italia to reduce its equity stake by transferring a large part of its 23 billion euros of net debt to the merged company. However, corporate bondholders, who rely on network cash flow to support corporate debt, may be reluctant to relinquish control.

Finally, regulators will likely impose additional requirements before allowing the two companies to create a de facto Italian broadband monopoly. Telecom Italia shares, which are currently languishing below 30 cents, reflect the fact that a network deal will have to clear several hurdles before it reaches the finish line.

– Telecom Italia and Italian public investor Cassa Depositi e Prestiti (CDP) signed a preliminary agreement on May 29 to combine the telecom operator’s fixed network with that of its broadband competitor Open Fiber.

– The parties aim to finalize an agreement by the end of October. CDP will control the combined entity.

– KKR, which in April gave up its attempt to take over Telecom Italia at 0.5 euro per share, holds 37.5% of the FiberCop unit of Telecom Italia. Macquarie owns 40% of Open Fiber, majority owned by CDP. The public investor also holds a 10% stake in Telecom Italia.

The opinions expressed are those of the author. They do not reflect the views of Reuters News, which is committed to integrity, independence and freedom from bias by principles of trust.