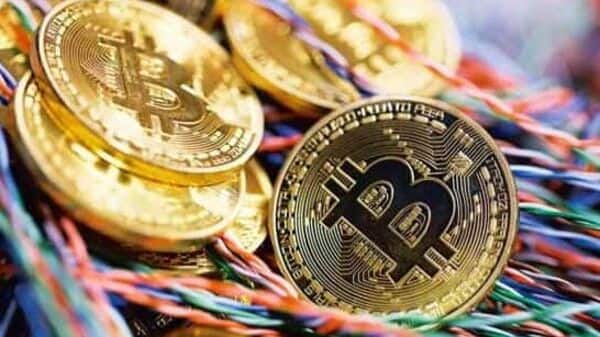 NEW DELHI: Assets under management (AUM) of digital asset investment products fell 36.8% year-on-year to $21.6 billion as of June 23, according to a report by data provider CryptoCompare digital assets.

In June, bitcoin and ethereum prices fell 34.8% and 38.6%, as of June 27, respectively, due to uncertainties surrounding the possible insolvency of crypto lending companies, including the fund. native crypto, Three Arrows Capital.

Nervous sentiment around riskier assets continued to dominate market discourse, with the US Federal Reserve raising interest rates by 0.75%, the biggest hike since 1994. This hawkish stance was reflected in the fall in AUMs of crypto products last month.

According to the report, June was a turbulent month for cryptocurrencies, with the AUM of all major types of crypto investment products dropping sharply.

An investment trust is a closed-end fund incorporated as a corporation, so its shares can be bought and sold on an exchange or over-the-counter (OTC) market.

On the other hand, an exchange-traded note (ETN) is similar to an ETF, however, a major distinction between the two is that investors do not own the underlying of an ETN.

An exchange-traded certificate (ETC) or synthetic ETN is a type of non-interest bearing debt instrument in the form of a bearer certificate that tracks the behavior of an underlying asset class using of 1:1 derivatives.

In June, all digital investment products saw their assets under management fall, except for 21Shares Short Bitcoin ETP (SBTC). The product, designed to provide inverse exposure to Bitcoin’s performance, recorded a 1.30% increase in AUM from May.

The ETP which gains short exposure by borrowing Bitcoin and simultaneously selling it on the execution platform, saw its AUM increase for the third month in a row.

“This reflects bitcoin’s negative price action, making it one of the few commodities able to take advantage of the current macroeconomic trend,” the report said.

Additionally, exchange-traded products from Purpose and CoinShares saw the largest bitcoin and ethereum outflow in June.

Among Ethereum products, 3iQ CoinShares’ Ether ETF (ETHQ) saw the largest outflow with 26,499 ETH, closely followed by Purpose Ether ETF (ETHH) which sold 24,409 ETH in June. Both recorded a sharp decline of 60.0% and 52.6% in AUM, respectively

Is Nomad Foods (NYSE:NOMD) using too much debt?