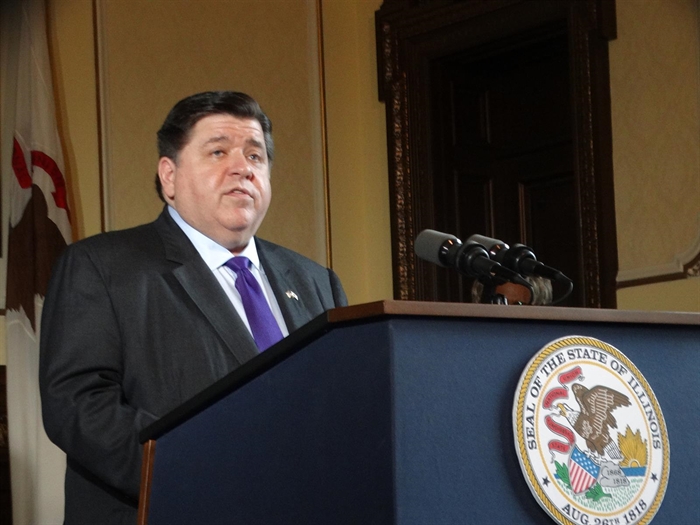 SPRINGFIELD – Fitch Ratings on Thursday raised the state of Illinois’ rating for general obligation bonds by two notches, to BBB+, making it the second rating agency to do so in recent weeks and marking the fourth time the state has received a credit upgrade in the past year.

“The upgrade to ‘BBB+’ reflects fundamental improvements in Illinois’ fiscal resilience, including the full pandemic-era unwind and some pre-pandemic one-time tax measures, meaningful reserve contributions and enduring evidence of more normal budget decision-making,” the agency said in its announcement.

Prior to these changes, Illinois had suffered several credit downgrades, many of which were due to the two-year budget stalemate from July 2015 to August 2017, leading the state to the lowest investment grade rating available.

Fitch’s decision puts the Illinois bond rating three notches above “junk grade,” or what is commonly referred to as “junk” status. Bonds in this category generally cannot be held by institutional investors such as mutual funds or pension schemes and, therefore, are subject to higher interest rates.

In its analysis, Fitch noted that Illinois’ financial performance has recently improved but remains weaker than other US states. He thanked the state for bolstering its cash reserves, reducing its backlog of overdue bills, paying off some unpaid debts and “facilitating budget decision-making.”

But he also noted that the state continues to face large unfunded pension liabilities, currently estimated at more than $130 billion.

Fitch made his announcement moments before Governor JB Pritzker held a press conference to announce the signing of a bill to reduce those pension liabilities. House Bill 4292 authorizes $1 billion in borrowing to extend a program that allows workers in the state’s five retirement systems to take early buyouts of their benefits.

This program, first launched under former Republican Governor Bruce Rauner, was due to expire in 2024. New legislation extends it until 2026.

“Today, I am very proud to sign another bill to complement Illinois’ significant tax progress,” Pritzker said during a bill signing ceremony at the Statehouse. “Once again, we’re saving taxpayers hundreds of millions of dollars.”

Pritzker said the recent ratings upgrades were the result of passing four consecutive balanced budgets, including the one just passed for the upcoming fiscal year that spends $1 billion on the so-called state “rainy day fund” and an additional $500 million above what is required by law. to reduce the state pension burden.

He said the buyback program has so far reduced that liability by more than $1.4 billion and that extending the program for another two years would reduce it even further.

“I believe in fiscal responsibility and responsible fiscal management,” he said. “That means taking every step possible to meet our retirement obligations while honoring the promises made to current and retired workers, promises made by governors and lawmakers on both sides of the aisle.”

Rep. Mark Batinick, R-Plainfield, who is leaving the General Assembly this year, was one of the bill’s co-sponsors and a key sponsor of the original legislation.

“I said in 2018, when the ‘Batinick takeover’ was first passed by the General Assembly, that we needed to make changes to our pension system if we were to solve our long-term tax problems in Illinois,” he said in a statement. “I am thrilled to see this program extended after a successful implementation that saved the state over $1 billion in our unfunded retirement liability. I can’t wait to see how much more we can save to finally overcome and move beyond our state’s longstanding pension crisis.

“The state is making monumental progress in getting our finances in order. And it’s just one more step, but it’s a huge step, in that direction,” she said at the press conference.

Capitol News Illinois is a nonprofit, nonpartisan news service covering state government and distributed to more than 400 newspapers statewide. It is funded primarily by the Illinois Press Foundation and the Robert R. McCormick Foundation.

Explained: Why it might be a good idea to use your FD to prepay part of your home loan

Is Plastiblends India (NSE:PLASTIBLEN) using too much debt?