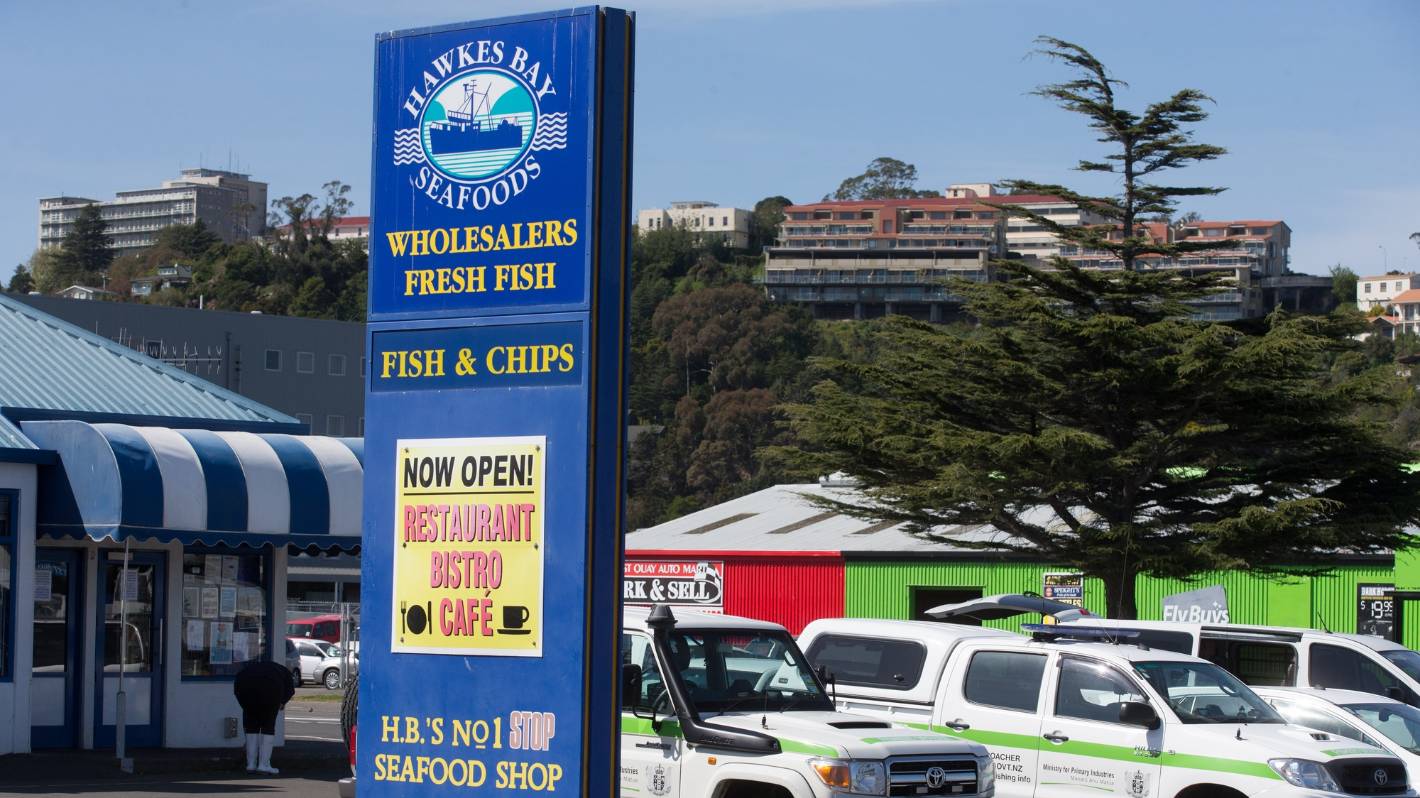 Fishing company that once employed thousands in liquidation with more than $3,500 in debt

A company that once employed thousands and exported “hundreds of millions” of fish for two decades has gone into liquidation over an unpaid debt of $3,500.

Hawke’s Bay Seafoods Ltd was put into liquidation by the Auckland High Court last week after a request from accounting firm BDO Auckland.

The business, which had not operated since 2019, was the third D’Esposito family business to go into liquidation in the past year.

The name Hawke’s Bay Seafoods once adorned a large processing plant in Napier and popular fish and chip shops in Hastings and Napier.

Sole manager Nino D’Esposito, 62, was brought up in the fishing industry in Wellington and started working at Harbor Inn Seafoods in Petone in the 1980s.

It hasn’t been easy sailing for the family, whose businesses have drawn more than their fair share of charges and convictions for illegal fishing activities.

The companies of Nino D’Esposito and his brother Joe (Giancarlo), Harbor Inn Seafood Export and Harbor City Seafoods, were fined nearly $1 million for fishing offenses in 1991.

The brothers moved to Hawke’s Bay and founded Hawke’s Bay Seafoods Ltd in the 90s. It was one of many businesses the family used for their fishing and retail operations.

In 2014, the businesses were raided by the Ministry of Primary Industries, leading to years of lawsuits. In 2019, fines of $1.08 million were imposed on the companies, two brothers and Nino’s son, Marcus.

The assets were sold to Ngāti Kahungunu Inc. and began operating under a new entity, Takitimu Seafoods Ltd, in 2019 and the family formed another commercial fishing company, Eastern Fishing Ltd, which had the wife of Nino D ‘Esposito, Karina, as sole director.

Eastern Fishing Ltd was put into liquidation by shareholders last month and owed more than $2 million.

A third family business, Esplanade No. 3, was liquidated in May last year after MPI requested an order on debt of $3,811. The company also owed the Department of Justice $234,994 and related parties (believed to be Hawke’s Bay Seafoods Ltd) owed more than $2.4 million.

Marcus D’Esposito, who launched Saltwater Seafoods – a fish wholesaler in Hastings – last year, and his company, Saltwater Fishing, which has four boats operating out of Hawke’s Bay, are the family’s latest assets in the fish sector.

Oceans and Fisheries Minister David Parker announces an investigation into the fishing and processing industry, including the use of migrant workers.

Nino D’Esposito said he still works with his son.

“He’s just my son in the business now. I’m done now. I just take care of the boats for him, in the dry dock area. So I’m basically semi-retired,” he said.

Esplanade No. 3 was only created as a licensee and never traded and most of its debt was owed to Hawke’s Bay Seafoods, he said.

He was neither a director nor a shareholder of his wife’s company, which “also had no real assets”.

“I’m taking it easy now. Life is too short. We made our dash. Employed thousands, made hundreds of millions of dollars in exports… We’re all good.

The Nike district impresses: here’s how to play it