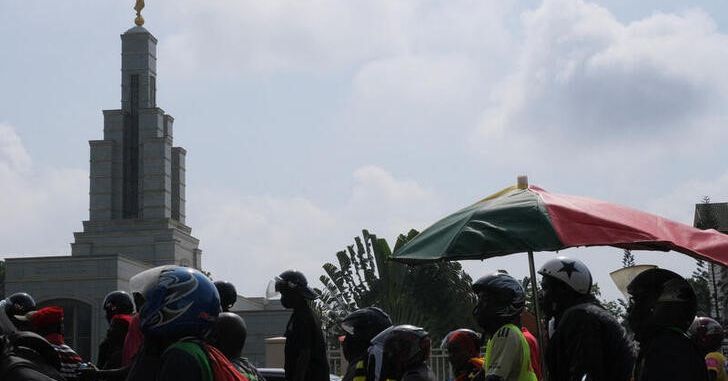 Explainer: Why Ghana returned to the IMF

ACCRA, July 7 (Reuters) – Hundreds of people took to the streets of Accra, Ghana’s capital, last week to protest its deteriorating economy. A few days later, the government of one of West Africa’s most prosperous countries announced that it would enter into formal talks with the International Monetary Fund (IMF) to enlist its support.

It was a move that many analysts had long thought inevitable, despite Finance Minister Ken Ofori-Atta’s repeated promises never to seek IMF help again. Why did the country back down and what could the IMF demand in return?

Inflation hit an 18-year high of 27.6% in May, ending a year of accelerating prices. Growth slowed to 3.3% in the first quarter and the value of the cedi has fallen 23.5% against the dollar since the start of the year.

In a statement outlining its plan to approach the Fund, the government blamed its woes on a combination of recent external forces, including COVID-19, the Ukraine crisis, and the US and Chinese economic crises.

Finance Minister Ken Ofori-Atta told lawmakers last month that pandemic-related spending amounted to 18.19 billion cedis ($2.26 billion) in May 2022. The country received $1.23 billion in COVID-19 relief funding from the IMF and World Bank over that period, he said.

Prices of imported goods rose more than those of domestic production for the second consecutive month in May, with cereals – 20% of which Ghana imports from Russia – repeatedly seeing some of the biggest price increases. Oil prices nearly doubled year-on-year.

Authorities were still unsure whether to seek IMF help just two weeks ago, but found their hands tied after lawmakers blocked a $1 billion loan and an unpopular tax on electronic payments intended to generate revenue, underperformed, Amaka Anku, head of Eurasia Group Africa, said in a note.

Authorities hope an IMF program will reduce Ghana’s nearly $1 billion balance-of-payments deficit, which central bank governor Ernest Addison said was the result of a capital outflow in May. caused by global factors.

But experts say the root of Ghana’s problem is likely fiscal, as it uses ever-larger loans to fill its double-digit budget shortfall.

“Our biggest problem is that around 60% of our spending is permanently going to pay public sector workers or to pay interest,” said William Duncan, founder of Ghana-based Spear Capital & Advisory. “It’s been a cycle through the last three governments.”

The Finance Ministry’s plan to service that debt falls entirely on the IMF, which it says would help the country regain access to international capital markets and refinance existing debt after recent credit rating downgrades cooled the interest of lenders.

Many have questioned the sustainability of this strategy. Interest payments have been the government’s largest annual expenditure since 2019 and was its second largest expenditure for five consecutive years before that, according to finance ministry figures.

While Ghana’s Eurobonds rallied on news that the government would seek IMF assistance, yields for all but the issue maturing this year remain above 10%, the level considered to prevent a countries to issue new debt because it becomes too expensive.

When Ghana last requested IMF assistance in 2015, it received $918 million under an Extended Credit Facility arrangement, or 180 percent of its quota.

This time, Ghana offered the IMF its own “enhanced national program”, which would last at least three years.

He insists there will be no cuts to flagship administration programs, such as campaign pledges to build hospitals and factories in each of the country’s 216 districts and a program free secondary schools.

And although servicing the debt will cost just under 48% of government revenue in 2021, the finance ministry’s proposal does not require debt restructuring.

Experts believe that such conditions can prove complicated.

Is Kontron (ETR:SANT) using too much debt?