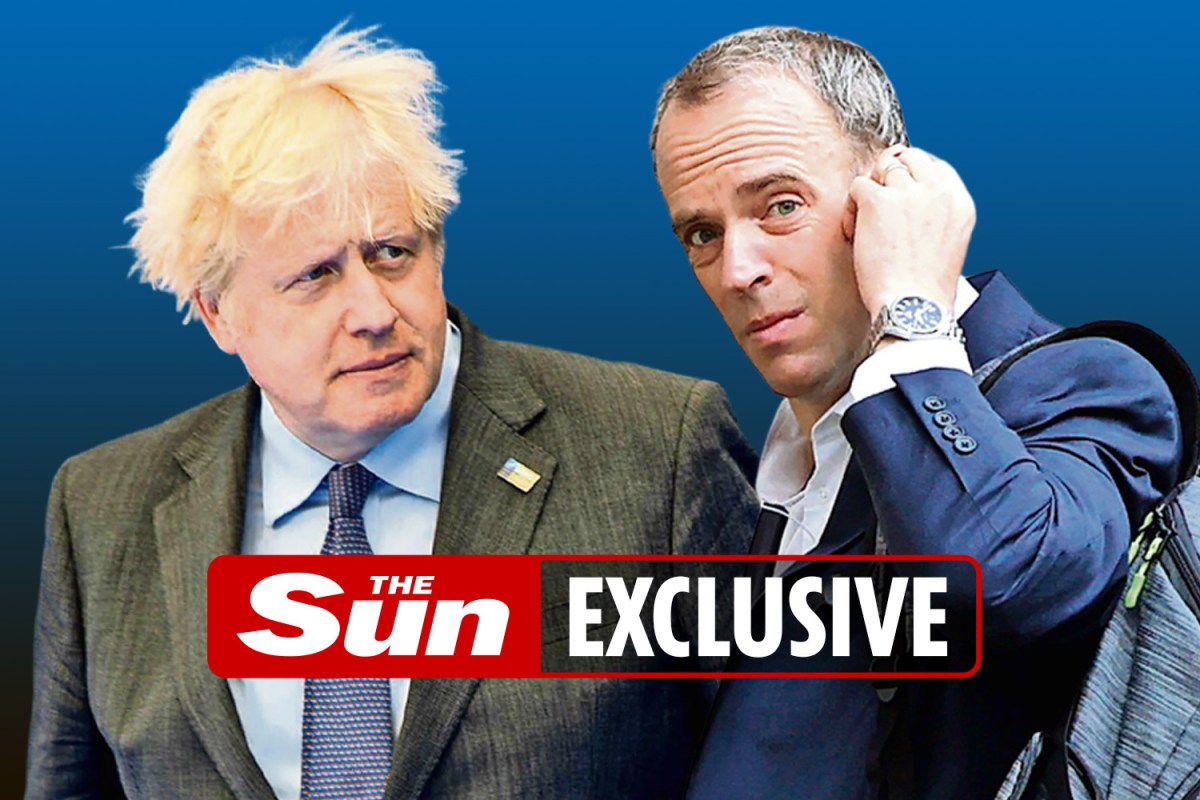 Dominic Raab must be kicked out for handling Afghanistan crisis, poll finds

EMBATTEL Dominic Raab must be expelled from his post for his handling of the crisis in Afghanistan, according to an exclusive poll by Sun on Sunday.

The foreign minister – who went on vacation during the height of the chaos – is expected to either resign, be fired or be moved in a reshuffle, according to 62% of voters polled.

Only one in five think the pressured Cabinet minister should stay on after a bruised month – which included his luxury sun break in Crete.

Mr Raab’s slow return from his summer getaway as the Taliban was on the verge of taking Kabul led 23% of voters to view him as most responsible for the Afghan chaos from a national perspective.

He was blamed more than Prime Minister Boris Johnson, at 19%, and Defense Secretary Ben Wallace at 11%, for the fanatics taking control of Afghanistan.

The findings come after our heroic troops pulled out of the country last weekend to end the evacuation mission to rescue stranded Britons and some loyal Afghans.

Viewers around the world have seen thousands of Afghans wait for days at Kabul airport in a desperate attempt to make it to the UK – and many have stayed behind.

Now that the troops have returned from the war-torn country, the blame game has begun in earnest.

British voters point the finger at US President Joe Biden and his predecessor Donald Trump for the chaotic pullout.

In contrast, Mr Johnson is largely unscathed with just 5% of the overall responsibility.

The Prime Minister’s response to follow the United States out of Afghanistan – in the face of calls from some to stay – led 53% to support his position.

Even half of Labor voters polled supported the emergency evacuation, with just one in four believing we should have held up in the country.

Martin Boon of Deltapoll, who conducted the research, said: â€œBoris Johnson is again ignoring his latest crisis, this time over the withdrawal from Afghanistan.

But he added: â€œThe prime minister, who throughout his political career has enjoyed stratospheric personal approval ratings, has turned negative.

â€œHis score of -2 is based on 49 percent who say he’s currently doing a poor job, compared to 47 percent who remain satisfied with his performance.

â€œBeing on -2 is still pretty respectable territory for a leader. But Dominic Raab’s late removal from Cretan lounge chairs as the airlift to Afghanistan began sees half of voters either wanting Boris to sack him or demanding that he walk himself.

Senior Conservative MP and Commons Defense Select Committee Chairman Tobias Ellwood, who writes in The Sun on Sunday today, wants a radical foreign ministry reshuffle in the wake of the Afghan crisis.

CONCERNED ABOUT THE CONSEQUENCES

Meanwhile, British voters are worried about the consequences of withdrawing troops from Afghanistan.

Fear has struck the public, with nearly six in ten, around 56 percent, believing that the risk of an Afghanistan-related terrorist attack has increased here.

Twenty-four percent say there will be no difference from the terrorist threat and about ten percent think the threat will be less.

Our poll highlighted how sensitive people think the issue of Taliban negotiations will be despite Mr. Raab being in Qatar and Pakistan for talks this week.

Some 44% of the public have yet to be convinced to engage with the militant group on anything other than ensuring qualified Brits and Afghans have a safe path to the UK.

After the enormous effort by officials on the ground in Kabul and London, 47 percent believe Afghans here should be granted permanent residence.

Although many respondents are unhappy with Mr Biden for his refusal to delay the withdrawal of US troops from the country, the British want to maintain close ties with the United States.

An emphatic 57 percent still want to maintain the special relationship between the two countries – with only one in five willing to give it up.

AFGHANISTAN has proven to be one of the toughest leadership tests for the Prime Minister.

America’s decision to withdraw, bringing the country back to the very insurgency we fought against, shows how weak the West has become in defending our international standards and values.

Global stability was not in good shape before the departure from Afghanistan.

But it suddenly got much more dangerous with another dictatorship back in control, unable and unwilling to control the terrorism that will emanate from the Afghan mountains again.

We can be immensely proud of all of our troops who participated in this historic evacuation.

It is normal that their efforts are rewarded with a medal.

But as The Sun on Sunday poll revealed today, the public has been less than impressed with the actions of the Foreign Office.

We have a proven decision-making system, but the departments in Whitehall are too compartmentalized and the whole machine has become risk averse.

Another reality check for us is the poor state of the â€œspecial relationshipâ€ with the United States. We have been kept away from all major decisions.

We must prioritize refueling those old political channels that have served us so well in the past.

And finally, if America chooses to step back from world affairs, it leaves a leadership vacuum in the West.

This has traditionally been fulfilled by the UK, and it is time for us to move forward once again. But that means spending more on our hard and soft power – a tough appeal with the Treasury in the face of a Â£ 400bn bill to fight the pandemic.

The security of the nation must come first. I believe there is a lesson to be learned from our past.

We only paid off our WWII debts in 2006. The bill was treated like a mortgage, paid off over decades. Let’s do the same with Covid debt.

This will mean more money available – not just for Defense but other departments, including Health and Education.

The only other choice would be to increase taxes or NI payments, none of which are mentioned in the Conservative manifesto.

The Deltapoll in this newspaper today shows that almost half of voters want there to be no change.

The government must be fully aware of the ramifications.

Chancellor Rishi Sunak has earned credit for his imaginative solutions to help our economy weather the pandemic.

He must now design a long fiscal instrument to pay the Covid bill.

If he does not, we will likely witness turmoil on the domestic plane and we will not be able to adequately invest in our soft and hard power given the growing threats we now face.