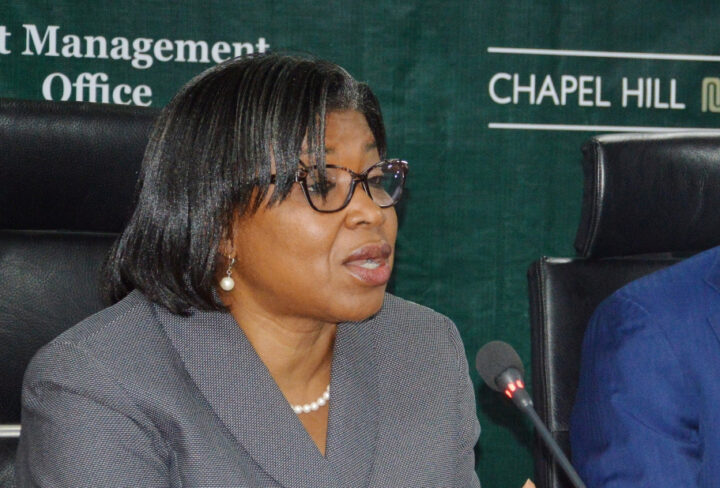 DMO: We will auction 150 billion naira FG bonds to investors on February 16

The Debt Management Office (DMO) announces that it will sell N150 billion of Federal Government Bonds to investors on Wednesday, February 16, 2022.

This agency announced it in a circular recently published on its website.

A bond is a fixed income instrument that represents a loan made by an investor to a borrower, usually a company or a government.

According to the circular, the bond issue will be in two tranches valued at N75 billion each.

The DMO said the settlement date for the bond issue is February 18, 2022.

For reopenings of previously issued bonds (where the coupon is already fixed), the agency clarified that successful bidders are required to pay a price equal to the yield-to-maturity bid that offsets the volume auctioned. , plus any accrued interest on the instrument.

He said interest on the bonds would be payable “semi-annually” while bullet payments would be made on the due date.

The DMO said the bonds are considered securities in which trustees can invest under the Trustee Investment Act.

“Qualifies as government securities within the meaning of the Corporation Income Tax Act (“CITA”) and the Personal Income Tax Act (“PITA”) for the tax exemption for pension funds among other investors,” the circular said.

“Listed on the Nigerian Exchange Limited and the FMDQ OTC Securities Exchange. All FGN bonds are considered liquid assets for the calculation of the liquidity ratio for banks.

The debt management agency has assured investors that all obligations are guaranteed by the full faith and credit of the Federal Government of Nigeria and are charged against the general assets of Nigeria.