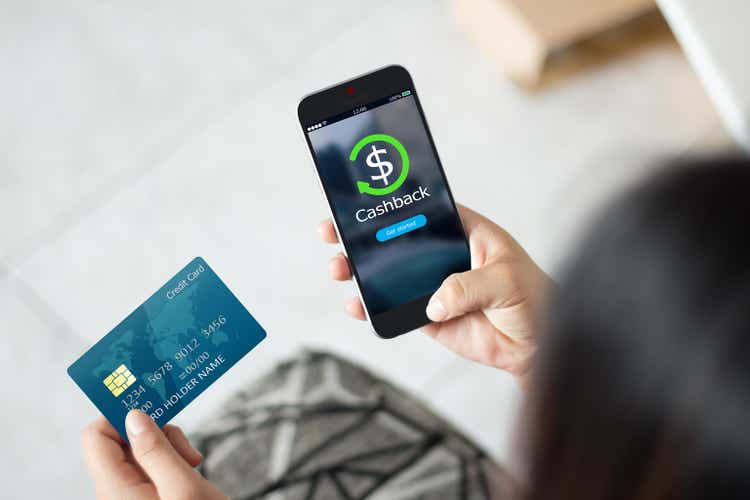 Today we shine the spotlight on Cardlytics, Inc. (NASDAQ: CDLX) for the first time. As seen below, the stock was crushed by a badly timed acquisition as well as a tougher environment for digital ad spend and consumer spending. The company recently introduced a new CEO, lowered the forecast and implemented some cost-cutting measures. Will that be enough to stop the bleeding? An analysis follows below.

Cardlytics, Inc. is headquartered in Atlanta, Georgia. The Company operates an advertising platform in the United States and United Kingdom. The company offers the Cardlytics platform to its customers. It is a proprietary native bank advertising channel that allows marketers to reach customers through their network of partner financial institutions through various digital channels (EX, mobile apps, email, etc.). Cardlytics also provides its Bridg platform. It is a customer data platform that uses point-of-sale data and allows marketers to perform analytics and targeted loyalty marketing, as well as measure the impact of their marketing. The stock currently trades around ten dollars per share and sports a market capitalization of around $320 million.

Cardlytics works with banks and financial institutions to manage their banking rewards programs that promote customer loyalty and deepen banking relationships. For this, Cardlytics has a secure view of where and when consumers spend their money. In turn, this information can help marketers identify, reach, and influence potential buyers at scale.

On August 2, Cardlytics released its second quarter Numbers. The company lost $3.75 per share on a GAAP basis, missing expectations of more than $2.80 per share. Revenue rose 28% year over year to $75.4 million, slightly missing the consensus. The company incurred an $83 million goodwill impairment cost related to the Bridg acquisition (discussed later in this section), which accounts for the majority of the “missed” net income.

Management provided other key indicators for the second quarter:

In April last year, Cardlytics bought Bridg, a customer data platform for $350 million in cash. Bridg has a cloud-based platform that retailers and CPG marketers use for a wide range of applications, including customer behavior analysis, digital platform marketing, and measurement. the effectiveness of their business strategies, while following best practices in consumer privacy. Bridg ARR was $21.8 million in the second quarter, up 35% sequentially from the first quarter of this year. As part of this acquisition, Cardlytics has also agreed to make two potential earnout payments in cash and stock on the first and second anniversaries of closing. This will be based on Bridg’s annualized income rate in the United States. Cardlytics expects these payments to be around $100-300 million in total.

Management has lowered its guidance and now estimates revenue will only grow 10-15% in the second half of 2022 on a year-over-year basis.

Since the release of the second quarter results, the analyst community has been quite negative on the outlook for Cardlytics. JPMorgan ($17 price target), Craig-Hallum ($15 price target), and Wells Fargo ($13 price target) all maintained or downgraded their Hold ratings. Needham ($19 price target) has reissued his buy rating and appears to be the only bull on CDLX at the moment.

Just over 20% of the shares’ outstanding float is currently held short. Several insiders step up their buying in May and August, buying about $600,000 worth of shares in total during those two months. The company ended the second quarter with just over $155 million in cash and marketable securities on its balance sheet versus about $225 million in long-term debt. The company also has access to a $60 million credit facility if needed.

The company named its new CEO in July and he will have many challenges ahead in the months and quarters to come. Growth in digital ad spending is declining and will continue to do so as the country enters a recession. Consumer spending is also down. Management said on its second-quarter earnings call that average spending at the restaurants it oversees increased 12% at the start of the second quarter, but fell to just 2% by the end of the quarter, which doesn’t This is just one example of this slowdown in consumer spending.

Additionally, in hindsight, it appears the company clearly overpaid for the Bridg acquisition given its current revenue rate and recent goodwill write-down. Cardlytics also used $40 million in cash in the second quarter to buy back shares at an average price of $28 per share. Hardly, the best use for the money in retrospect. This share buyback authorization is now exhausted, it should be noted.

The company is implementing a plan to reduce its annual operating costs by $15 million and hopes to achieve positive free cash flow by the third quarter of 2023. Given the declining economy, it is difficult to say whether these measures will be sufficient to stem the losses. in the quarters and years to come. The shorts seem to believe that the stock needs to drop further due to the high percentage of shorts in the stock. Therefore, until more progress is seen on multiple fronts, CDLX appears to be an avoidance for investors for now.

The person who writes for fools is always sure to have a large audience.-Arthur Schopenhauer