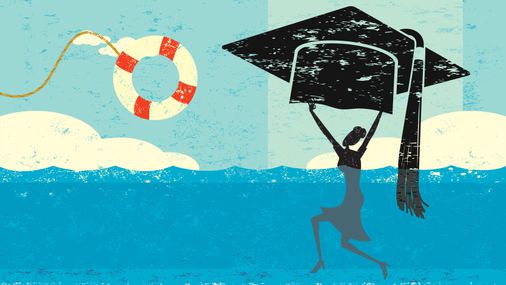 But a near global loan forgiveness, such as the amount of up to $ 50,000 proposed by U.S. Senator Elizabeth Warren for households with annual incomes below $ 250,000, is like using a blunt instrument when scalpel may solve the problem.

The Brookings Institution found that the poorest 60 percent of borrowers in terms of income would see only about a third of the benefits of Warren’s plan. The remainder would go to borrowers in the top two income quintiles. Students from high-income households hold the majority of student debt. They tend to attend more expensive schools, are likely to borrow again for higher or professional education, and are also more likely to earn salaries that will make paying off their loans a manageable expense.

Those who struggle the most with student debt actually tend to have less. Surprisingly, delinquency and default are most common among those with less than $ 5,000 in debt, often because they did not complete college. They are the ones who would be helped the most by a series of targeted reforms.

The first reform is to grant each student borrower a refundable tax credit of $ 5,000, which would erase the debt of the majority of those for whom student loan debt imposes the heaviest burden.

Next, the federal Pell Grant program, which provides up to $ 6,495 per year to the most needy students semester by semester, should be replaced by a college savings account. Under the savings account, students would receive an upfront payment of the full amount they qualify for for the duration of their program (i.e. four years for a bachelor’s degree). Having more grant eligibility early in their program could reduce borrowing cases for a degree they won’t complete. Those who give up would be required to return the remaining part to the savings account.

Finally, individual income-oriented repayment programs over 20 years should be streamlined into a single, user-friendly program whereby borrowers would pay a specified percentage of current disposable income on a monthly basis over a fixed period – say 10 – 25 years. In the months when their income is higher, borrowers would pay more; when incomes are low, they pay less. Any remaining balance would be forfeited at the end of the repayment period.

This is the heart of a truly progressive student loan policy. More benefits would accrue to those who invested in post-secondary education, take on debt to do so, but haven’t landed a well-paying job – or haven’t had one for most of their careers.

Such an approach improves social mobility by making higher education more accessible to low-income people but does not bail out the rich, who are more than able to repay their student loans.

The targeted approach is also preferable to a more generalized loan forgiveness for another important reason. The less focused program would likely encourage prospective students to borrow more than they otherwise would have and attend more expensive schools. The surge in demand would then lead to higher prices for colleges and universities, exacerbating already uncontrollable inflation in the higher education sector.

Targeted reforms would focus aid on families and individuals who are actually struggling with student loan debt and improve social mobility. This would achieve these goals at a lower cost to US taxpayers than debt cancellation, and without creating incentives that would exacerbate the serious inflation problem in higher education.