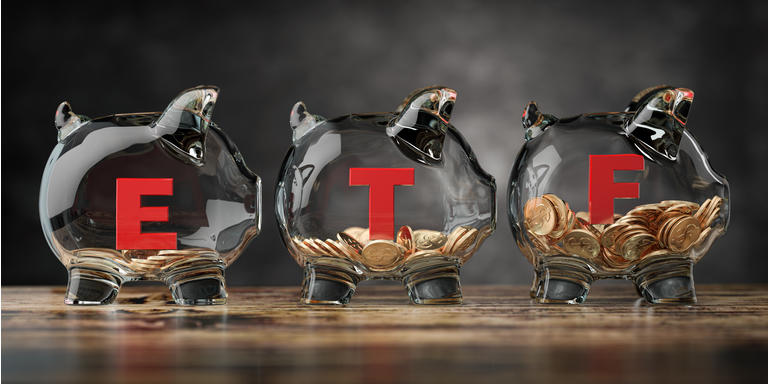 In recent weeks, the situation has not been the best in the basic stock indices of the American stock market. As investors rebalance their portfolios towards more defensive holdings, the Dow Jones but especially the NASDAQ suffered. While I personally think there are still some very outstanding growth companies available at a much more attractive price point than at the start of the year, I think we can agree that the extreme volatility doesn’t make investors very comfortable. So, barring the case of someone writing calls, thereby benefiting from the increased volatility, I think investors should look elsewhere for returns. And by the way, I mean overseas.

In this article, I will talk about the Global X MSCI Greece ETF (GREK). As you can imagine, this ETF invests in some of the most well-known Greek large-cap companies and currently has a strong focus on the financial sector. However, the fund’s largest holding is Hellenic Telecommunications Organization, which represents around 15% of the total value of the fund’s holdings. Let’s look at three reasons why I think it will significantly outperform traditional US equity indices this year.

After almost a decade of economic turmoil and recession, it seems that the Greek economy has started to show signs of a very robust recovery. According to OECD, the growth rate for 2021 is expected to close at 6.7%, exceeding the EU average of 5%. In fact, Greece has the highest sequential GDP growth among European states, along with France, Ireland, Romania, Croatia and Estonia. Other estimates, such as that of National Bank of Greece, puts final economic growth in 2021 at 8.5%. Strong growth is also expected to continue throughout this year, with GDP growth estimates reaching 5%.

A few days ago, Fitch Ratings raised Greece’s long-term foreign currency issuer default rating from BB- to BB, with a positive outlook. In their report, Fitch Ratings wrote that:

Economic activity in Greece has recovered at a faster pace than expected by Fitch during the previous rating review in July 2021. Fitch believes that GDP growth for the full year was 8.3%, well above our July forecast of 4.3%. Real GDP growth in 1Q-3Q21 was 9.5% compared to the corresponding period in 2020, and the level of real GDP in 3Q21 was estimated to be around 1% above the pre-pandemic level of 4Q19. Greece repay outstanding IMF loans in 2022 and prepay the 2022 and 2023 maturities of Greek Loan Facility loans, the first financial support program for Greece agreed in 2010.

Now, given this latest upgrade from Fitch, the country is only two steps away from an investment grade rating, which could mean huge capital inflows on the Hellenic Stock Exchange. You don’t need to be a Nobel laureate in economics to understand the implications of such a development on stock prices. The country also benefits from an increased degree of immunity to future increases in base interest rates, as much of its long-term debt is financed by the EFSF and the ESM with very low interest rates, of the order of 1%. That being said, Societe Generale today confirmed Fitch’s rating, saying they believe Greece will be further upgraded this year by both Fitch and Standard & Poor’s.

After the credit crisis of 2008-2009 and the subsequent austerity program implemented in the country, Greek banks became more of a zombie business. After being recapitalized several times, their books were full of non-performing loans (NPLs), preventing them from draining much-needed cash to fund the real economy. After a political marathon, banks began to securitize and sell the problematic pieces of their portfolios, thus reaching a state of greatly reduced NPL percentages. More specifically, the NPL ratio of Greek banks is now around 15%, compared to more than 30% a year ago.

The important role of strengthening the banking system in the recovery process was also mentioned in the latest Fitch Ratings report. In fact, the continued strengthening of the banking sector is one of the foundations on which all future upgrades will rest.

There are always two sides to a coin, and this case is no different. Most of the progress Greece has made in recent years is attributed to the current government, which has a valid mandate until 2023. However, quite often elections in Greece take place before the end of the 4-year term. Due to several regulatory changes that will apply to the upcoming elections (which I will not expand on here), there is an increased possibility of elections in the second half of 2022. Such a development is expected to shake stock market performance and, possibly move the upgrades a bit to the future.

The second risk factor is related to geopolitical tensions in the Eastern Mediterranean area. A potential increase in tensions between Greece and Turkey could significantly increase uncertainty, thus affecting the stock market in a deeply negative way. Moreover, the overall build-up of tension between the United States and Russia over Ukraine can easily spill over to regional NATO allies, such as Greece and Turkey, with mechanisms that go beyond the scope of this item. The bottom line is, however, that these aren’t all bubbles and fairy tales, and that’s what the reader should take away.

I think GREK represents a great option for market and currency diversification, combined with exceptional return prospects. As we can see in the chart shown above, there is a negative correlation between GREK and SPY, following the latest Fed announcement. In my view, investors will be looking to European equities, at least until the ECB decides to make a similar move. However, there are fundamental factors that lead me to believe that Greek equities are undervalued, so GREK represents a favorable risk-reward ratio.